How NBN will drive autoimmune diseases across Australia 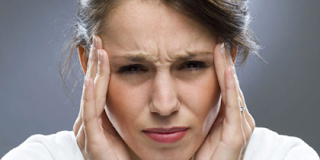 The NBN will be responsible for driving autoimmune diseases in Australia.

How? NBN threatens Telstra directly as they'll be unable to differentiate ISP services based on network reach. So for them, establishing and maintain a superior mobile network - one that can deliver faster-than-NBN data - is an existential issue. They'll drive 5G adoption harder than any other Telco on the planet - the others don't have to contend with a level NBN playing field. Mike Wood from Telstra is chairing the technical committee defining radiation safety limits over the 5G spectrum [link to IEC TC106 page] - that's not coincidental.
The frequencies used by 5G are higher than existing mobile RF and will be absorbed primarily by the skin [see below]. The skin hosts immunological cells, forming a primary immune defence system. Persistent and aggressive activation of dermal T-cells and T-cell activation can lead to an autoimmune response
TL;DR - expect to see a rise in autoimmune conditions like Rheumatoid Arthritis, Lupus, Hashimotos, Irritable Bowel Syndrome etc etc.
ICNIRP admits that their guidelines do not currently account for the radiation safety issues surrounding higher frequency RF and they expect to classify 'skin' as peripheral along with arms and legs despite skin being an immunological organ and being the primary absorbent matter for +6GHz radiation. The measurement procedures for the evaluation of power density related to human exposure between 6GHz and 100GHz have not been developed [link to IEC 'call for experts' Nov2016].
So without effective health safety guidelines, no health safety research or testing and no effective regulations, industry will drive forth and start the rollout of this new technology within the next 5 years. Given the inability to differentiate on fixed broadband, Telstra especially will be at the forefront. The gates are open and the horse is bolting. 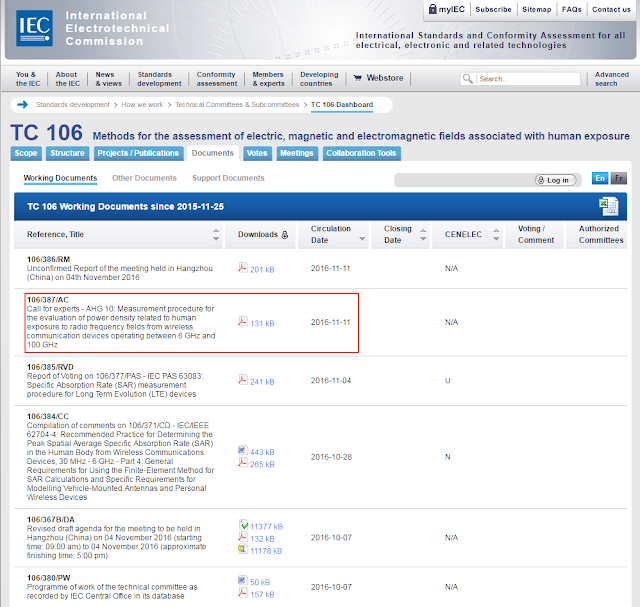 Posted by TrickiDicki at 13:51 No comments:

Or... "And you wonder why is the public losing faith in science?"

On November 22nd, the Australian Centre for Electromagnetic Bioeffects Research (ACEBR) held the 10th annual "Science and Wireless" meeting. 4 papers were presented.
Papers 1 (Keynote: "Transcranial Electromagnetic Treatment (TEMT) against Alzheimer's Disease: Pre-Clinical Efficacy and Clinical Trial in Progress", Dr Gary W Arendash) and 2 ("ACEBR research on RF effects on Alzheimer's disease", Prof John Finnie) were reviewing exciting new developments in using 900MHz RF-EMF to treat Alzheimer's Disease. The results look very promising as a therapy to reverse the build-up of Beta-amyloid plaques in neurons in Alzheimer patients. There are 3 suggested mechanisms of action - (1) Disaggregation of beta-amyloid plaques (RF breaks protein bonds), (2) enhanced mitochondrial function and (3) increased neuronal activity. The pre-clinical results are very promising. This is a very exciting development because drug-based therapies for this disease have proved ineffective thus far. If I had Alzheimer's, I would be first in line.
Paper 3 ("ICNIRP High frequency guidelines - an update", Prof Rodney Croft) described work-in-progress to update the ICNIRP guidelines. Sorry I didn't capture all of the slides. Long story short - they consider health effects, not biological effects, and when health effects can't be measured they're using thermal effects as a proxy for quantifiable measurement. Absorption rates are split between 'head and body' and 'limbs' (which includes skin). They're going to be setting guidelines for 6+GHz based on power density rather than SAR, but looks like it's averaged over an area rather than point exposure.
Paper 4 ("5G devices and networks: exposure standards", Mike Wood, Telstra) by Mike Wood of Telstra and chairman of the international consortium developing 5G technologies. SAR will not be used for measuring exposure of 5G radiation due to the limited ability of 10+GHz radiation to penetrate the body; incident radiation power will be used instead. 5G radiation is absorbed primarily in the skin. No safety testing methodologies currently exist. Various device radiation measurements techniques are being developed to scan a detector across the device, but then the radiation is averaged over the entire device. No control of point-based radiation levels. Base stations will use phased arrays and beam-forming techniques to better direct the signal to the active device. This will provide a better connection and higher data rates while reducing the ambient radiation levels, but watch out if you're in line with an active connection. Systems should be available for commercial roll-out in 2020.

During his presentation, Arendash dismissed the plausibility that cell phones could cause cancer because the energy levels could not cause ionisation. During the Q&A, a member of the audience pointed out that RF-EMF has been demonstrated to cause Reactive Oxygen Species (ROS) and that they are known carcinogens [first google result].
Another member of the audience asked why the modulation frequencies are not being considered, just the carrier frequencies, and that the modulation frequencies are just as important. Wood claimed that there are no new modulation techniques in 5G, however he didn't say there were no new modulation frequencies. No-one discussed whether pulsing vs constant exposure is important.
Another audience member pointed out the rapid rise in chronic diseases - cancer, autism, neurodegenerative diseases etc. The panel did not have much to say in response except that pinpointing the contribution of RF radiation to these conditions is effectively impossible at a population level.
Note that at 5G frequencies, the ability of RF-EMF to penetrate the body is significantly reduced. This is being taken as good news, since that means that internal organs should receive less radiation exposure. Instead it'll be the skin primarily which is being exposed, and the ICNIRP committee is considering skin as 'peripheral' along with arms and legs. They clearly do not consider that the skin is important, and yet the skin is an immunologic organ, containing on average 20 billion T-cells. [When you cut yourself, the wound healing is mediated by the immune system.] What happens when you expose T-cells to RF radiation? As a 2013 paper in IEEE proceedings notes "Further studies are required to determine the effect of RF fields on the immune system" but the existing research tells us "The results indicate that pulse-modulated microwaves represent the potential of immunotropic influence, stimulating preferentially the immunogenic and proinflammatory activity of monocytes at relatively low levels of exposure."
RF exposure directly provokes an immune response. The skin is a major site of immune cells. 5G will be absorbed by the skin. And what happens when you stir up the immune system without a target? Hello autoimmune diseases...

The ICNIRP guidelines will continue to be based on thermal heating effects because establishing and measuring direct causal health effects is too hard. I asked how long it typically takes for health effects to be established - was it 20 years? 30 years? - and got a waffled response from Croft saying the current guidelines were generated in the early 90s so don't hold your breath. Wood showed the accelerated timeline for 5G technology deployment and said that the safety concerns were being addressed using the existing literature from microwave point-to-point devices and military research.
I asked if I was the only one making the connection - the first papers clearly showing the biological effects of GHz radiation, ICNIRP refusing to consider biological effects, accepting only health effects, and new radiation profiles with unknown biological impact being deployed population-wide without demonstrated health studies. The biological effects are direct and real, as shown by Paper 1 which directly exploits these effects at the cellular level but the radiation standards are only set by considering thermal effects averaged over a large area.
Now let's fast forward 10 years. 5G is now pervasive with antenna arrays on every lamp-post and data quantities 100x what they are today. Will we see a continued increase in autoimmune diseases? Will we be able to demonstrate that any of this increase is driven by T-cell activation in the skin layers? If we do, how long until the ICNIRP guidelines adapt? How long until these trickle down to national regulations? How long until these national regulations get applied to 5G operators and device manufacturers? Will the radiation levels be reduced to pre-5G levels? Clearly the answer is that this process would take decades if at all.
5G deployment is critical to Telstra. With the roll-out of NBN which provides non-differentiated service from any ISP, Telstra needs to stay at the forefront of mobile technology. It will be pushing 5G as hard as it can because it's a clear differentiator in the market. It is critical to the future of Telstra which is why Mike Wood is chairing the international committee defining the 5G technical standards.
Claiming that this is a scientific process is clearly a joke. Roll out the tech and bugger the consequences. What a cavalier approach. What a sham. 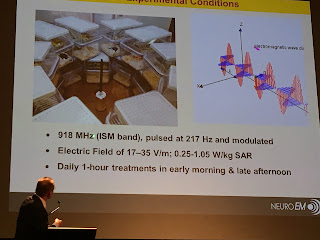 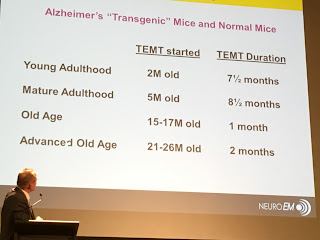 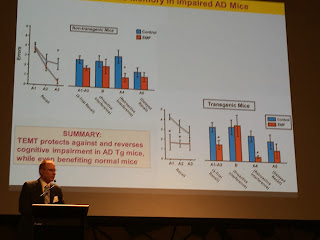 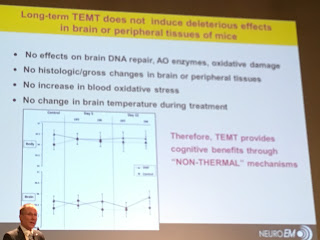 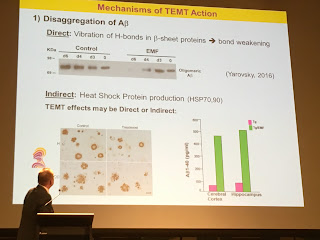 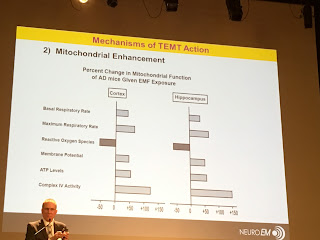 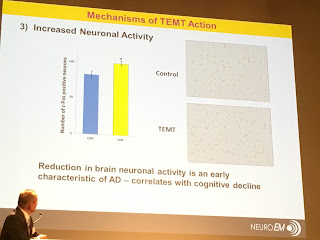 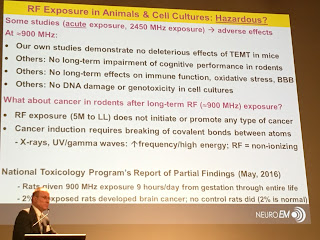 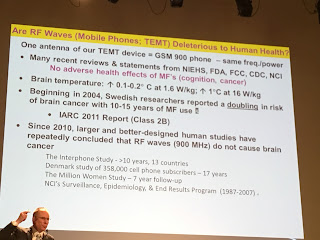 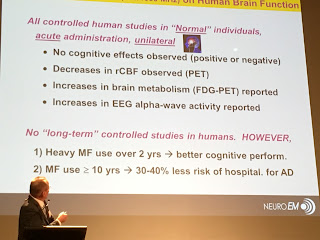 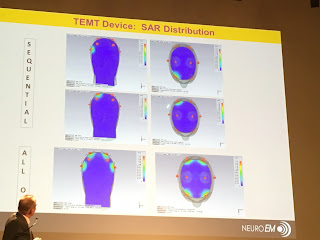 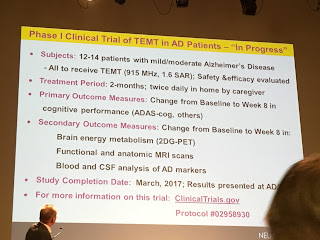 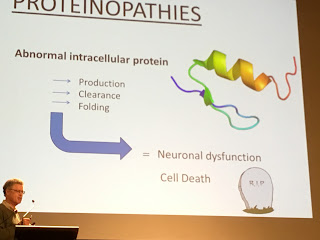 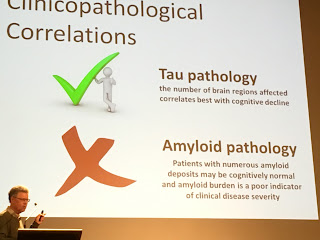 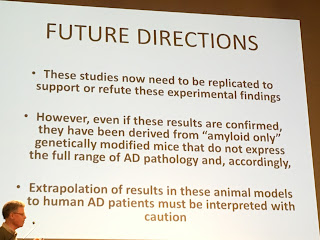 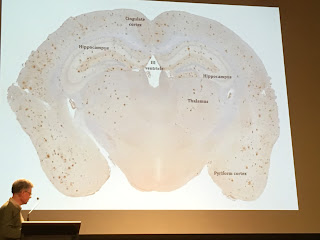 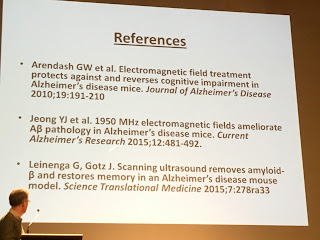 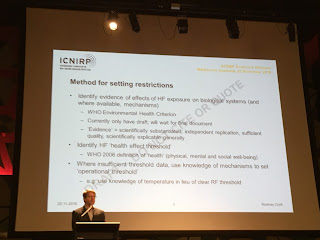 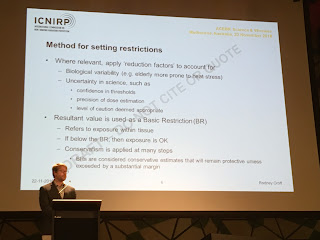 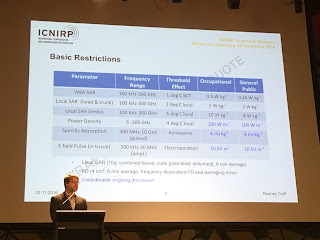 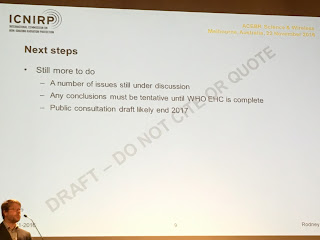 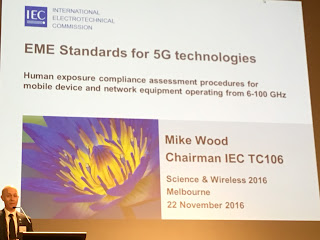 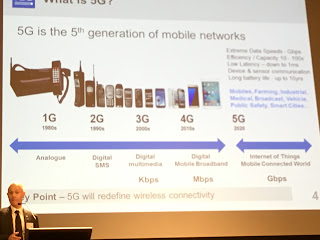 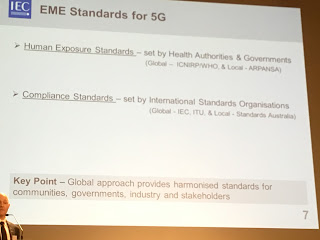 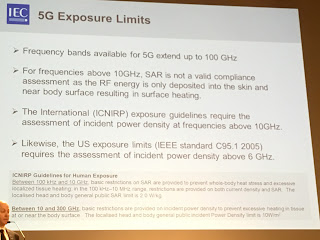 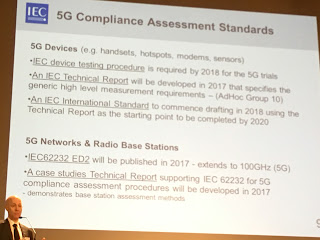 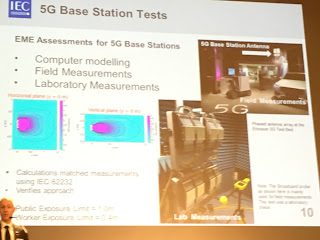 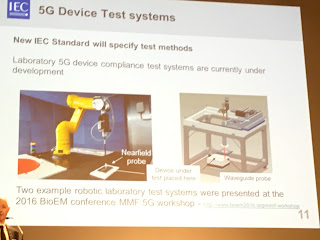